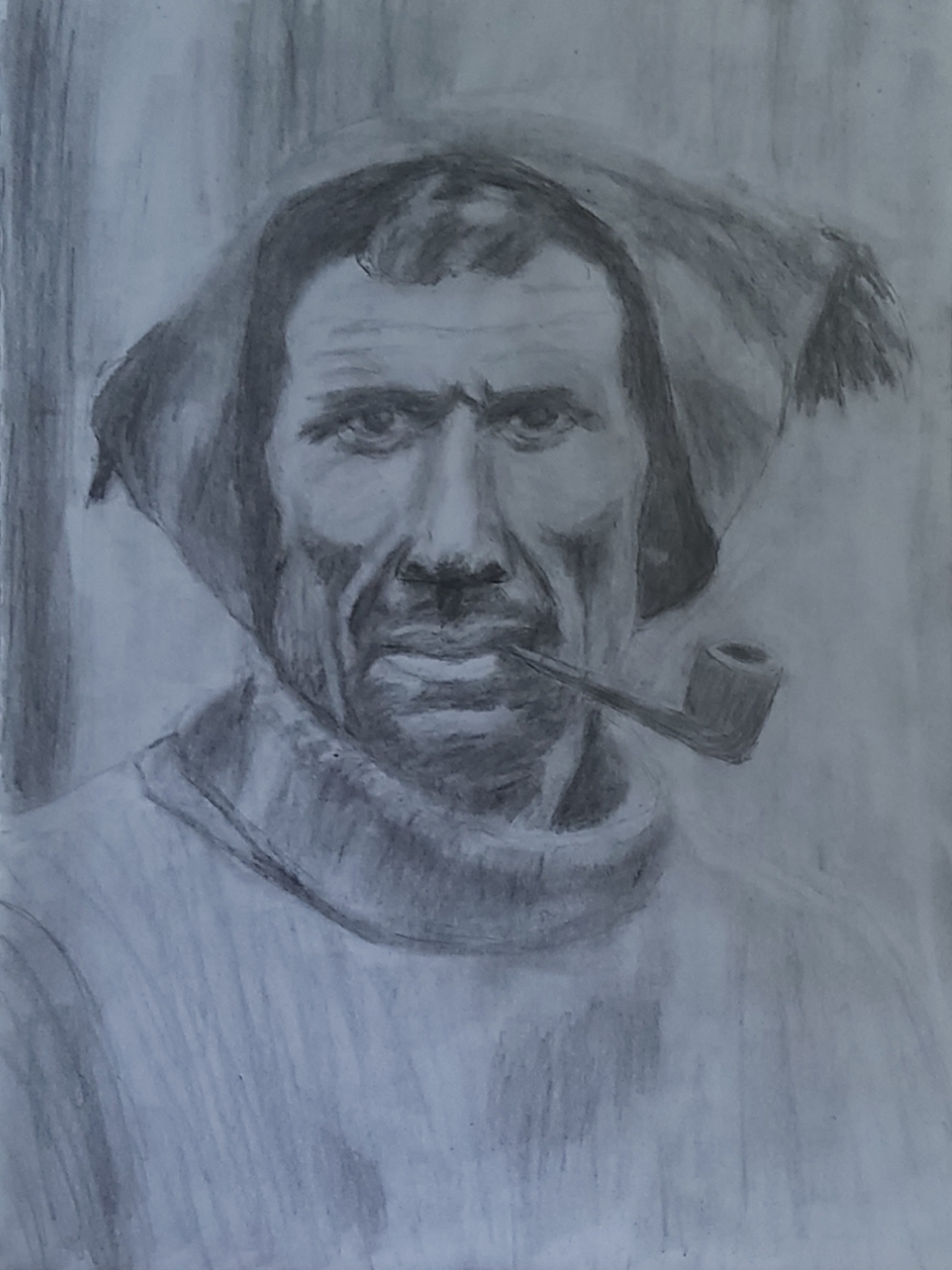 Tom Crean,
He amazes me
How he faced the darkness and the danger
Days of freezing labor
And Death a spectre waiting,
Cheerfully he gave his strength
Sharing songs and laughter
Refusing defeat
Hoping, believing
Indefatigable and indomitable
Yet he came home to a different adventure
In his family content
Finding his own South Pole there,
No old and endless polar tales
But focused on the living
His friends and family serving
An Irishman was Tom Crean,
His life amazing.

© 2020 Maggie Grimes
After his medical retirement from the navy in 1920, Tom Crean and his wife Ellen opened a public house in Annascual. He called it the South Pole Inn. He never tried to relive past glories or bask in old accolades, focusing on his family. He died at sixty-one when his appendix burst traveling to an available surgeon. He was an incredible Irish hero. My poems Tom Crean and Tom Crean’s Dance were posted earlier. MJG